Acting Out – in support of adopted young people

To celebrate the creative talents of adopted young people, Family Futures hosted an event in our 20th anniversary year for the Young People’s Forum.

Thank you to all our performers and supporters who came along to watch our creative arts event: Acting Out – in support of adopted young people. An inspiring range of performers entertained us with an exciting range of acts – opening with the South London Samba Group, followed by two amazing dance performances, poetry readings, a talk about becoming a filmmaker, stand-up comedy and a Q&A session with performers.

All funds raised from the performance will go to the Young People’s Forum so that we can continue to fund activities and workshops for our young people. 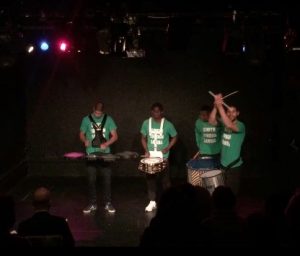 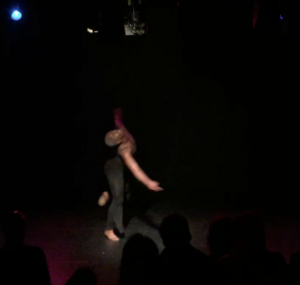 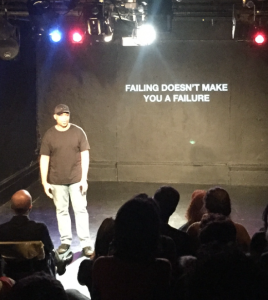 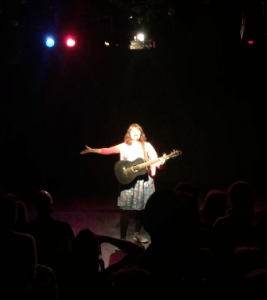 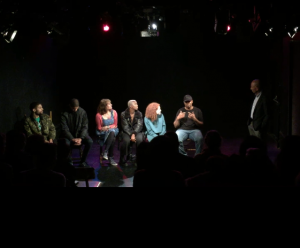 R2-D2 was at the door to greet people, and offer a photo op to raise funds for the Young People’s Forum!

Asmara Cammock, a recent graduate of the Northern School of Contemporary Dance and The BRIT School, has begun working with Tavaziva Dance, a company which works to blend Southern African dance with classical Ballet and Contemporary, to create dance work which challenges views on politics, terrorism and empowerment. Having completed a Masters Degree based on her time as a young child in the foster care system, Asmara now hopes to become an advocate for vulnerable young people through the arts.

Asmara has joined Lambeth Borough Children’s Council, and using her personal creative writing to blog, along with her dance experience, she hopes to help give young people back their voice and show them creative ways to educate others about their experiences. Working with Family Futures brings all of these endeavours together.

Shabazz is a visionary director and skilled editor with over 20 years experiences in the UK creative industry. He is the Head of Post Production at a leading advertising film production company and produces films and commercials in his own time. Shabazz was raised in care, arriving at his first children’s home at the age of 9 months. At the age of 11 he was fostered by an elderly pensioner and when one of his foster brothers gave him a comic book one day, he fell in love with comic art. He went on to become a passionate collector and also artist, who aspired to one day work for Stan Lee and Marvel Comics. Shabazz will show videos of his work and encourage people to recognise the value of their creative ideas.

South London Samba is a group of energetic carnival drummers who blend world rhythms with a uniquely South London vibe.